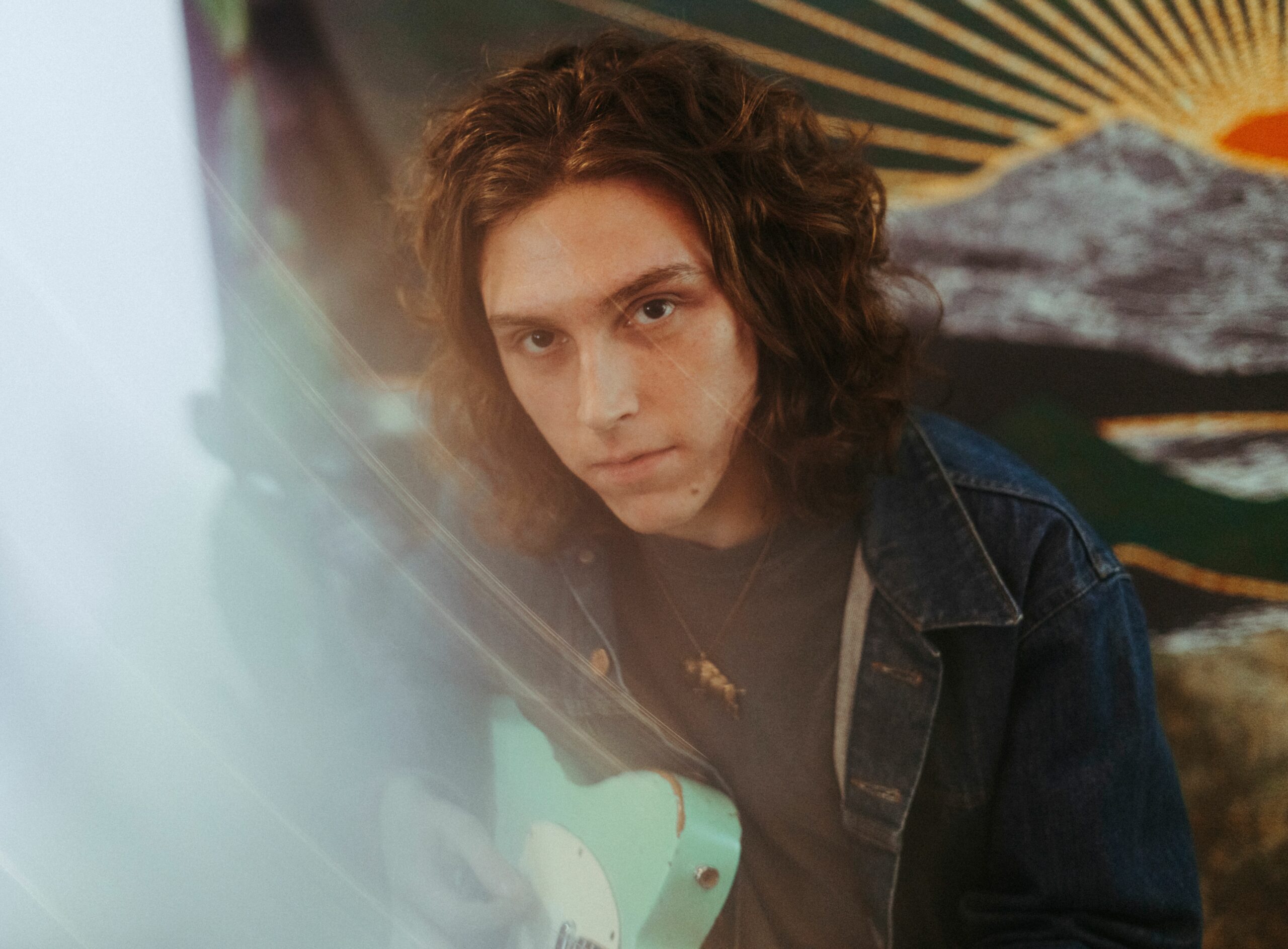 Tickets ON SALE Friday, December 16th at 10am EST!

When people first meet Daniel Donato, they’re not fully braced for this walking tornado of creative energy. “They think there’s something that tips the scale in ways they don’t understand,” says Donato about his over-the-top, slightly manic vibe. “But what actually tips the scale is the amount of thought and analysis I put into my work and art, all of which is taken from the lessons of my life.”

It might surprise some that the Telecaster-wielding wunderkind, who at 16 became the youngest musician to regularly play the iconic honky tonk Robert’s Western World while gigging with the Don Kelley Band, began his musical journey in a purely millennial fashion. Before he ever picked up a guitar, he discovered he had an aptitude for music via the video game Guitar Hero. At the time, he didn’t feel compelled to try his hand at the real thing until one day, about the age of 12, he heard the electric perfection of Guns ‘N’ Roses’ “Paradise City” blast from a set of speakers and his world was changed forever.

“It was the first time I ever had a vision for my life,” says Donato, who was partly drawn to music because he sucked royally at skateboarding. “I then took one of my dad’s old guitars . . . and I literally fell in love with it.” From then on, Donato lived and breathed music, practicing his chops around the clock. He’d play before school, during his lunch break, and in the evenings at home, sometimes falling asleep with the six-string in his hands.

It wasn’t long before he was busking on lower Broadway in Nashville, playing eight hours a day on weekends for tips. It was after one of those day’s sessions that he got a wild hair and snuck into Robert’s on a night when house act the Don Kelley Band was playing and his wig-dome was blown. “It was the first time I ever saw a band that was that good up close,” Donato said. “So I’m literally watching them play and I’m crying. I decided right then that I wanted to be the best guitar player in the world.”

Donato continued busking outside arenas before John Mayer and Phish concerts and on the streets of Nashville and it was then, while playing on Broadway, that he’d give Don Kelley his business card every Saturday night, hoping for a chance to audition. One day, while still a junior in high school, he got the call to come play. Donato was more than ready, and he delivered the goods in spades. He was so good, in fact, that he became a regular member of the band, performing four nights a week for more than 450 shows with the group.

Playing nightly with the Don Kelley Band was a formidable education for the young musician. Jamming regularly with Nashville’s most seasoned players, stalwart pickers who may have played in Buck Owens’ band, or Dolly Parton’s, or Alan Jackson’s, expanded his musical vocabulary while honing his stage presence. Along the way he was soaking up stories of adventures on the road and learning about the ups and downs of the music business. In short, he was gaining priceless life lessons and a musical education from wells that run deep into the musical history of Nashville.

Around the time he turned 18, one of Donato’s high-school teachers, a serious music lover who had seen his student play at Robert’s, gave him a Grateful Dead box set. It was another eureka moment for the guitarist. His love for the Dead may have been ignited much earlier by virtue of the fact that his mother was a bona fide Deadhead who followed the group on tour when she was pregnant with the future guitarist, but it was that collection that changed the way he looked at music. “It gave me a tie to all of the classic country gold I’d been working down at the honky-tonks each weekend,” he said. “Grateful Dead and Merle Haggard had always lived in my heart, but now, the link was made, and I had a vision on how to keep it alive for this generation that I am coming from.”

During the days of his Robert’s residency, Donato continued to busk at various locales, even playing the Grand Ole Opry, and it is the sum of all these gigs, experiences any teenage musician would kill for, that inform the sounds on A Young Man’s Country.

“Ain’t Living Long Like This,” one of three covers on the album, is a song by Waylon Jennings, who was recording at the Sound Emporium the day Donato was born. “Angel From Montgomery,” a song Donato learned on the fly while busking for tourists, pays tribute to the late John Prine. Donato recorded his unique take on the tune before Prine’s death. The Grateful Dead’s “Fire On The Mountain” is tacked on to “Meet Me In Dallas,” a tune Donato wrote while on the road with Paul Cauthen. The other seven songs, all originals, showcase the promise of a young songwriter coming into his own, one of the highlights being “Luck of the Draw.”

The message of these songs contain the central tenet of Donato’s “Cosmic Country” ethos, which is about finding the courage to blaze your own path. As such, it is an ethos the artist extends beyond music into the channels of social media, where he’s built up a huge following of devoted “DD Heads,” as his fans call themselves. His podcast, “Daniel Donato’s Lost Highway,” brings together like-minded creatives to get at the heart of what makes artists tick, for which he’s interviewed Brothers Osborne, Brent Cobb, Orville Peck, and Garry Talent of Bruce Springsteen’s E Street Band.

Incubated to the sounds of the Dead, educated by some of Nashville’s finest players, and having more than 2,000 shows under his belt and a social media presence, Daniel Donato is indeed a millennial whirligig of creative fire. He’s been dabbling in professional music since the age of 14 and yet he’s just getting started. A Young Man’s Country is the portrait of a restless artist as a young man, one whose story is singular and is still in its exciting, early chapters — and as this effort shows, the future is indeed cosmic.

* Show is 18+. Attendees under the age of 18 must be accompanied by a parent or guardian. Attendees under 21 will be subject to a $5 surcharge. The surcharge must be paid in cash at the door on the day of the event.