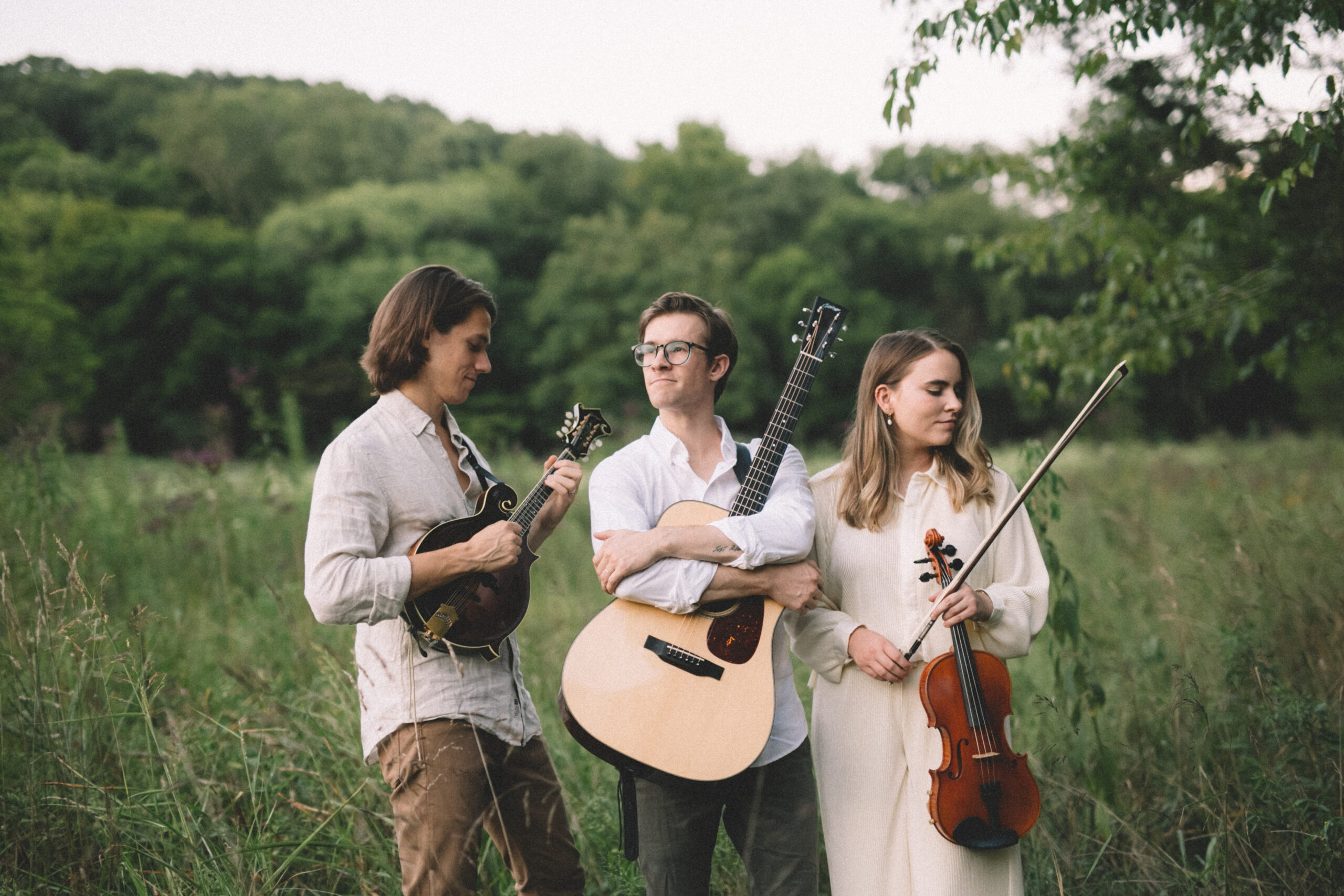 w/ Hank, Pattie and the Current

Led by songwriters Isaac Horn and Lincoln Mick, and with the support of Erik Coveney on bass and Bailey Warren on fiddle, The Arcadian Wild confidently inhabits and explores an intersection of genre, blending the traditional with the contemporary in order to create a unique acoustic sound that is simultaneously unified and diverse. With roots in formal vocal music and influences from progressive bluegrass and folk, The Arcadian Wild offer up songs of invitation; calls to come and see, to find refuge and rest, or to journey and wonder. Over the course of 2020, The Arcadian Wild released Principium, a four-movement song-cycle that explores human relationship, flourishing, degradation, and redemption, culminating in the release Principium EP in February 2021, which debuted at #3 on the Billboard Bluegrass Chart.

Hank, Pattie and the Current

Two of North Carolina’s veteran bluegrass musicians– Hank Smith on Banjo and Pattie Hopkins Kinlaw on fiddle– join forces with some of the most versatile musicians in the Carolinas to create modern, American, acoustic music featuring the full range of their talents as composers and arrangers. The band is on tour regionally and nationally in support of their new album, RISE ABOVE on Robust Records.

The band makes use of traditional bluegrass instrumentation in a nontraditional way to present original music to the listener that goes beyond the limits of the idiom. The arrangements take on a new level of maturation that follows in the footsteps of Bela Fleck, Mark O’Connor, Chris Thile, Sam Bush, Edgar Meyer, and Tony Rice. Hank, Pattie & The Current want to pick up where seminal crossover groups like The Punch Brothers, Strength In Numbers and the ever-changing Bluegrass Allstars call home. The music is vocal and instrumental, allowing the band to experiment with arrangements and tailor the compositions to become vehicles for exploration. Hank Smith plays banjo, Pattie Hopkins Kinlaw plays fiddle and is lead vocalist. The Current includes Billie Feather on guitar and Stevie Martinez on bass.

* Show is all ages. Attendees under 18 must be accompanied by a parent & will be subject to a $5 surcharge. The surcharge must be paid in cash at the door on the day of the event.